PETALING JAYA: Members of the retail sector are appealing to Selangor Mentri Besar Datuk Seri Amirudin Shari to immediately lift the lockdown in the state and to only implement movement controls based on locality and specific buildings to prevent an economic disaster.

In a joint appeal, retailers urged Amirudin to save the state's economy from unnecessary damage due to the imposition of what they called an unnecessary lockdown of almost the entire state.

“We are at a loss as to why the lockdowns in Kuala Lumpur are so surgically determined and confined to (particular) buildings, while for Selangor the sledgehammer approach of locking down almost the entire state was implemented.

Teo said the private sector feels aggrieved and bullied by such an “unfair and extreme dichotomy of approaches” in implementing the enhanced movement control order (MCO) in the state compared to KL.

“Thus, we appeal for Amirudin’s urgent intervention to adopt the surgical approach based on infected buildings similar to that implemented in KL and lift the lockdowns on all districts immediately before further economic damage and livelihoods are unnecessarily destroyed,” he said.

Teo added that the higher number of cases in the state is due to the Selangor government’s initiative to conduct mass testing and said that this initiative appeared to have backfired.

“It is ironic that the state's noble initiative to mass test is penalised due to the discovery of actual infected persons while states that do not undertake this initiative are not penalised with a similar lockdown,” he said.

In order to preserve the economy, Teo said it would only be logical to undertake the enhanced MCO on hotspots to control and keep those who are high-risk, for example in the manufacturing sector or factories, in their respective bubbles while allowing the green zones to operate under strict SOPs.

“It is possible to lock down the factories and (worker) hostels as a red bubble and as most infections are asymptomatic, it is entirely practical to allow factories to still operate with the workers confined within their respective areas,” he said.

He also noted that a lockdown is not the answer but that vaccination is the solution, citing the World Health Organisation's (WHO) remarks against lockdowns.

He pointed out WHO's comment that lockdowns result in extreme economic damage, particularly affecting those in the lower income group.

Instead, he said a pragmatic and flexible approach to managing the pandemic must be adopted.

Teo also pointed out that the Health Ministry’s data showed retail and shopping sectors contributed merely 0.8% of all cases in May this year prior to the lockdown on June 1.

He said the extremely low figures testify to the retail and mall industries' strict adherence to standard operating procedures.

“The shopping malls and retail industry have been diligently complying with strict compliance to SOPs and yet we are made to suffer for the inability of those that have caused infections due to their lackadaisical non-compliance.

“Precise in-depth analysis and breakdown based on economic sectors should be undertaken so that green zones are not made to suffer unnecessary economic damage because of hotspots (elsewhere).

"We believe that once this thorough evaluation is done, the non-manufacturing sectors will be able to open up including all shopping malls, retail operators and business outlets including those in street front shops,” he said.

Teo added that the shopping mall industry has an estimated real estate value of RM145bil as of December, while the retail industry contributed 34.6% of Malaysia’s GDP of RM1.49 trillion in 2018.

As such, he said the mall and retail industry contributes significantly to the country’s national economy and foreign direct investments, and the performance of the sector should be preserved.

“All of us, whether we are mall or retail operators, have been valiantly struggling for the past 16 months with critical cash flow just to keep our heads above water.

"Similarly, other businesses in malls like children's playland and family entertainment centres are suffering as they have not been allowed to operate since March last year.

"If this unfair lockdown persists, we foresee that almost 500,000 employees engaged in the shopping mall and retail industries will eventually be laid off," he said, adding that prolonging the lockdown would be the death-knell for their businesses and the sector as a whole.

“With these massive lay-offs, business failures and shop closures including mega shopping malls and retail brands, the industry may never recover.

"This would drastically impact other components in the supply chain and the entire retail ecosystem,” he said.

Teo added that Selangor is the economic and industrial powerhouse of the country and a blanket enhanced MCO will cause irreparable damage to the state, diminishing the nation's recovery efforts as a consequence. 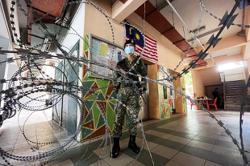 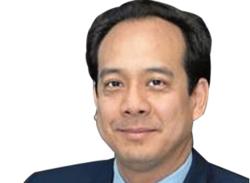