KUALA LUMPUR: Seven personalities will be issued compound notices for flouting movement control order standard operating procedures (SOP) during a breaking of fast event at a hotel here in April.

Dang Wangi OCPD said the Attorney-General's Chambers returned the investigation papers on Monday with the decision to issue compound notices to these individuals.

"Ariz Ramli from Rindu Raudah Sdn Bhd, as the organiser of the event, will be issued with a RM10,000 compound notice for failure to ensure all guests wore face masks," he said in a statement on Tuesday.

It was reported that the buka puasa event at a hotel at Bukit Bintang here that allegedly violated Covid-19 SOPs was being investigated by police after pictures of the April 29 event went viral.

Following that, people took to social media to criticise the attendees for not adhering to the SOP.

A Twitter user going by the handle @ixyanimohd asked what happened to the SOP, considering that in Kelantan, no events, dine-in or bazaars were allowed, and also asked where was the fairness for the burger seller who had been fined RM50,000 recently.

The user also posted four images showing that attendees failed to observe physical distancing at the event attended by a number of local artistes. 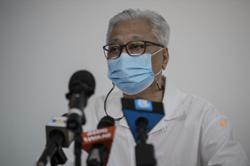 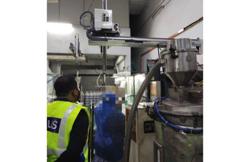