SATUN (Thailand): Thai authorities seized about 1.2 tonnes of heroin and methamphetamine worth about one billion Baht (RM131.6mil) in a mangrove forest near Malaysia-Thai border here.

In a statement, Thai Maritime Enforcement Command Centre Region Three said the authorities found the drugs in 39 plastic fruit and vegetable crates in a mangrove forest in Khlong Tammalang, Muang district on Thursday.

“Initial investigations showed the drugs were dropped off by traffickers and was to be picked up by another group for delivery later.

“The drugs are destined for a third country,” it said.

Local media reported that the seizure, one of the largest drug hauls in Satun province, was meant for delivery to Malaysia. — Bernama 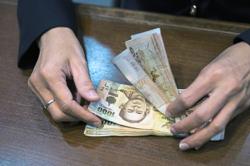