This is the highest daily figure of cases in the state since May 22, taking the cumulative total to 56,187.

Kuching and Bintulu had the most cases with 121 and 103 respectively, while 27 other districts reported between one and 74 cases each.

The latest fatalities were four men aged from 50 to 85 years and a 72-year-old woman, bringing the state's death toll to 356.

The committee also said two new community clusters were identified, including one linked to Gawai celebrations at a longhouse.

"The Sungai Sentebu cluster involved a longhouse at Sungai Sentebu, Sarikei, which had been placed under the enhanced movement control order.

"It resulted from social gatherings and movements during Gawai eve on May 31," the committee said.

A total of 69 individuals have been screened with 48 testing positive to date.

The Ulu Sangan cluster involved close contacts at a longhouse in Ulu Sangan, Tatau, with 12 confirmed cases out of 59 individuals screened so far.

Meanwhile, the committee said the congestion at the Indoor Stadium vaccination centre here on Monday was due to a temporary power outage.

"We have identified the source of the problem and will take action to improve the existing system at the stadium," it said, apologising for the inconvenience faced by the public.

It also reminded vaccine recipients to go to vaccination centres according to their appointment times as scheduled in the MySejahtera system in order to prevent congestion. 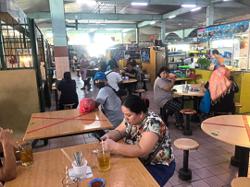