KUALA LUMPUR: A High Court judicial commissioner (JC) who is set to preside over a lawsuit by 1Malaysia Development Bhd (1MDB) against 15 individuals, including former prime minister Datuk Seri Najib Razak, has disclosed his relations with the sovereign wealth fund and a defendant in the case.

A lawyer from law firm Skrine, who is representing 1MDB, confirmed to The Star that JC Atan Mustaffa Yussof Ahmad made the disclosure during case management that prior to his appointment as JC, 1MDB had engaged his former law firm (during his time in private practice) to act for 1MDB in relation to a construction adjudication issue where 1MDB was being sued.

The matter ultimately did not proceed and it was abandoned soon after their engagement, the lawyer said.

The JC also disclosed that one of the defendants in the lawsuit, former 1MDB CFO Azmi Tahir, was a former schoolmate and an acquaintance.

The lawsuit is part of the 22 civil suits filed by 1MDB and its subsidiary SRC International Sdn Bhd to recover assets worth over RM96.6bil.

The JC affirmed that there would be no issue of bias, but the latter was mindful that the disclosure should be made to all parties involved, said the lawyer.

"He (JC Atan) was being transparent and wanted to disclose any relationships he had with the parties. He will also inform the defendants when they appear so that the defendants are also aware," the lawyer said.

JC Atan is assigned to the lawsuit after a previous judicial commissioner, JC Adlin Abdul Majid, recused herself from the case last week.

According to court documents, the causes of action against the defendants are for alleged fraudulent or negligent misrepresentation, fraudulent breach of trust, breach of statutory and contractual duties, negligence, conspiracy, knowing receipt, dishonest assistance, fraudulent misappropriation and unjust enrichment where the quantum sought is for US$7.795bil.

At press time, it is understood that all of the defendants have yet to make an appearance before the court.

The case has been fixed for further case management on July 2 for the plaintiffs to update the court on the status of service and entry of appearance.

Previously, it was reported that three judicial commissioners, including JC Adlin, had recused themselves in similar legal actions linked to 1MDB.

It was reported that the Finance Ministry confirmed that 1MDB and SRC filed a total of 22 civil suits to recover assets worth over RM96.6bil, including about RM300mil against various local parties.

The ministry said the writs, filed on May 7, comprised six by 1MDB and 16 by SRC.

The writs filed by 1MDB are against nine entities, including two foreign financial institutions, and 25 individuals, while those filed by SRC are against eight entities and 15 individuals for various wrongdoings.

"1MDB and SRC contend that these entities and/or individuals have been unjustly enriched by wrongfully receiving monies from 1MDB or SRC," the ministry said in a statement. 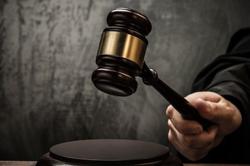