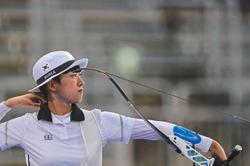 PETALING JAYA: A new mention date had to be fixed for a South Korean pastor who is accused of another molest case, after the magistrate was informed there was no sign language interpreter.

Jee Jong-hoon, who is deaf and mute, was initially scheduled to be charged here on Tuesday (June 8).

No plea was recorded from the 55-year-old, as the charge sheet could not be read out through sign language to the accused.

Lawyer M. Thanakumaran, who represented the accused, however, asked the court to grant bail as the accused had given his cooperation to the police throughout the investigation.

The court then allowed bail at RM7,000 in two sureties, with the condition that the bailors must be Malaysians.

Jee was first charged in Penang on Dec 18, last year, with two counts of using criminal force to outrage the modesty of two men at an apartment in Kampung Paya, Butterworth in two separate incidents in 2013 and 2017.

On Dec 29, last year, he was charged again at the Georgetown Magistrate's Court for allegedly molesting a man 21 years ago.

In that case, the accused - who is speech- and hearing-impaired - allegedly used criminal force on a man, who was then 20, by touching his private parts, hugging and kissing his cheek and lips with the intention to outrage his modesty at a house in Gelugor in 2000.