PETALING JAYA: A group of NGOs and individuals working with migrants is seeking a moratorium on the rounding up and detention of undocumented migrants until everyone is vaccinated against Covid-19.

In a statement on Monday (June 7), the NGOs and individuals appealed to the Yang di-Pertuan Agong, on the occasion of His Majesty's birthday, to make a royal call for the moratorium.

They also warned that recent calls for a crackdown on undocumented migrants will lead to another Covid-19 outbreak in detention centres, as was the case last year after authorities raided and detained migrants from areas under the enhanced movement control order.

They added that most migrants are undocumented through no fault of their own, and so it is not right for the Immigration Department and Home Ministry to criminalise them and detain them in the name of forcibly vaccinating them.

Describing these migrants as "the most vulnerable group of people in the country", they called on Home Minister Datuk Seri Hamzah Zainudin and Immigration Director-General Datuk Khairul Dzaimee Daud to review their plans.

Hamzah and Khairul have announced in recent days that they will be going after undocumented migrants in the country as part of the effort to contain the pandemic and then have them vaccinated in detention centres and satellite prisons.

The statement also called for the vaccination of migrants, documented or otherwise, to be led only by one agency, the Special Committee on Covid-19 Vaccine Supply Access Guarantee (JKJAV), and be treated as a humanitarian and health programme rather than a security matter.

“Malaysia should not punish migrants for being in conditions which are not their fault. We believe that 95% of undocumented migrants in Malaysia are in this position because of violations by agents, employers and human traffickers.

“We understand the government’s concern to get everyone vaccinated, but detaining undocumented workers isn’t the right approach, ” it added.

The NGOs and individuals also invited the authorities to a dialogue to look at "progressive ways in which we can work together to resolve issues surrounding undocumented migrant workers." 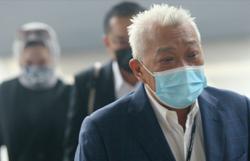