The party president said Sabah STAR fights for justice and equality, particularly for the rights of the natives in Sabah, and will not shield any members involved in any wrongdoings.

“This includes the recent incident with one of our members who was accused of outraging the modesty of a woman, ” he said in a statement Sunday (June 6).

“To show our seriousness on the issue, this individual has been suspended from all party posts and our disciplinary board will meet as soon as possible to assess his membership status, ” Dr Kitingan said.

He expressed regret that the incident, which involved an Unduk Ngadau contestant, has caused distress among STAR members and exposed the party to heavy attacks.

As such, he backed the call made by the Unduk Ngadau committee chairman Joanna Kitingan, who urged all victims to come forward and assist in the police investigation.

“The actions of this individual are purely his own and have nothing to do with the party, and any attempt to drag the party into this circus is irresponsible and must be denounced, ” Dr Kitingan said.

A senior leader of Sabah STAR was arrested for allegedly molesting a participant at the just concluded state-level cultural pageant, amid a call to other contestants to come forward if they were similarly accosted.

Phillip Among, who was suspended as Putatan Sabah STAR parliamentary coordinator, was arrested on Thursday (June 3), shortly after he gave a press conference denying the accusation.

Among called for the press conference to say he filed a suit against the contestant who made the claims against him. 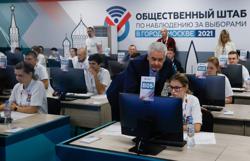 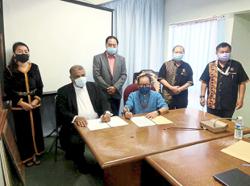