PETALING JAYA: PKR Youth is planning to open up its membership to those aged 16 and up, says youth chief Akmal Nasir.

Akmal said the proposal will be tabled to the PKR central committee (MPP), adding that this is necessary to strengthen the party's Youth wing ahead of the 15th General Election.

"As we face Undi18, there is a burden to ensure youth support. For me, politics should start early," he said during his winding up speech at the PKR Youth congress, which was held virtually on Facebook live on Saturday (June 5).

In April, Minister in the Prime Minister's Department Datuk Takiyuddin Hassan said the Cabinet has unanimously agreed to lower the voting age from 21 to 18, which is also referred to as Undi18.

Akmal also noted that lowering the membership age for PKR Youth to 16 would not be an easy task, given that under the Registrar of Societies (ROS) rules, only those aged 18 and above can join a political party.

"I know this issue has its challenges because according to the ROS, there is an age limit of 18," said Akmal. 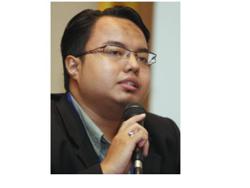