THE Hong Kong Federation of Youth recently organised Restpiration-The Feast, a competition for people to literally, do nothing, reported China Press.

The competition, held at West Kowloon Cultural District, attracted 60 participants aged between 14 and 35 to do nothing or be still for an hour.

The participants are forbidden to sleep, play with their phones, talk or make any major movements during the competition.

“I heard about the competition from my friends and this is my first time doing it.

“Due to the pandemic, I had to do it with a mask on and it is extremely difficult because of the scorching weather.

“I spent the hour thinking what I really want to do during the holidays and in life, ” she said, adding that one hour passed without her realising it.

She walked away with a trophy and an Apple Watch.

Lee had decided to step away from the show because he felt burdened keeping up with its physical demands after suffering an injury from a car accident last year.

Fans of the actor were saddened by his departure due to his jovial and funny personality that added laughter to the show.

Lee’s mother offered her support with a bouquet of balloons to Lee and a note, “you’ve worked hard, son”.

The balloon shop also shared on Instagram that Lee’s mother wanted to comfort Lee as he has been with the show for 11 seasons. 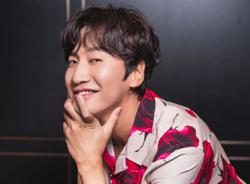