KUALA LUMPUR: Police will beef up security following Israel’s threat against leaders of the Palestinian struggle all over the world, including Malaysia.

“We advise the public to remain calm. We will take necessary steps to increase all aspects of security to ensure safety and public order is maintained, ” he said yesterday.

In a statement yesterday, Home Minister Datuk Seri Hamzah Zainudin said his ministry took note of the existence of organisations that supported the Palestinian people’s struggle in Malaysia.

He was quoted as saying that the police and other security agencies had increased security in all aspects to maintain public order.

A news channel had reported that the Israel Defence Forces was given the green light to target all Hamas operatives at all levels both inside Gaza and outside, according to a tweet on Saturday.

The tweet said there were obvious implications for, among others, Iran, Turkey, Qatar and Malaysia.

Jonathan Schanzer, who posted the tweet, is the senior vice-president of research for the Foundation for Defence of Democracies, a United States-based institution focusing on national security and foreign policy. 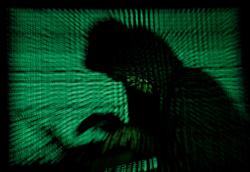