KUALA LUMPUR (Bernama): Malaysia strongly condemns the airstrikes launched by the Israeli regime on the Gaza Strip on Monday (May 10) which have resulted in deaths and injuries to Palestinians, including children, says Tan Sri Muhyiddin Yassin

The Prime Minister said the attacks in the last days of the holy month of Ramadan were despicable and disrespectful not only to Muslims around the world, but mankind as a whole.

"Malaysia demands that Israel immediately stop its atrocities against Palestinians in the occupied territories, including those in the Gaza Strip.

"Continued violence by Israel against the Palestinian people, especially during the holy month of Ramadan, is totally unacceptable and the regime must be held accountable, ’ Muhyiddin said in a statement on Tuesday (May 11). 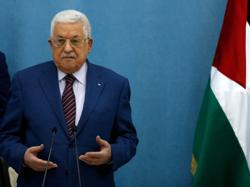