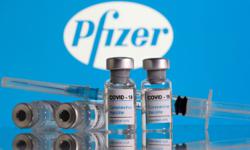 SEREMBAN: The National Covid-19 Immunisation Programme is well on track and may even be completed earlier than scheduled, says Health Minister Datuk Seri Dr Adham Baba as he rubbished a potential delay due to vaccine shortage.

He said Malaysia would receive 3.52 million doses of vaccines from Pfizer, Sinovac and AstraZeneca this month alone, which would benefit 1.25 million people.

“The amount will increase in the coming months. We are confident that we can carry out the programme faster.

“I can confirm that the delivery is on schedule since the Health Ministry is handling the procurement, ” he said after observing a vaccination exercise at a private medical centre in Seremban 2 here yesterday.

On Wednesday, Science, Technology and Innovation Minister Khairy Jamaluddin said the vaccination plan might be delayed as pharmaceutical companies were prioritising rich countries.

He said many Malaysians wanted to get vaccinated, but there was not enough stock at present.

He, however, said there would be more slots for vaccination from June as richer countries had already inoculated most of their citizens.

Dr Adham said the second phase of the programme, which was initially supposed to begin this month, was brought forward to April 19 and would run until August.

“From June, we will have a surplus in supply. This will allow us to continue with the programme even faster, ” he said.

Some 9.4 million people comprising the elderly, the chronically ill and those with disabilities will receive their shots during the period.

Some 500,000 teachers from the public and private sectors have also been included in the second phase.

Dr Adham said 2,448 private clinics had registered with the ministry to help with the programme, with 1,934 having signed the letter of agreement while 37 had started work.He said those who get their vaccine jabs at these private facilities would not be charged.

Dr Adham also said the Cabinet had agreed at its last meeting to let foreign missions run their own vaccination programmes.

“They can bring in vaccines approved by the government for their diplomats, counsellors and dependants. Based on estimates, there are 4,000 of them in Malaysia, ” he said.

He added that these missions would have to engage doctors from the private clinics to administer the shots.On reports that some Malaysians had registered but failed to turn up to be vaccinated, Dr Adham said some might have adopted the wait-and-see approach.

He said a local study involving 15,000 respondents in April showed that 88% were agreeable to getting the shots.

He also said the ministry had not received any reports of adverse effects from Malaysians who had received the AstraZeneca vaccine.

Potential Covid-19 hotspots to be revealed as HIDE takes effect

Malaysians in China get their turn for vaccination