NIBONG TEBAL: Two food manufacturing factories here with have been found to be operating under poor hygiene conditions.

One of them, producing a variety of cereal products, had just resumed operation after being ordered to close and clean up after a Health Department raid two weeks ago.

"We inspected the factory about two weeks ago and its hygiene was way below standard.

"Today (May 6), we are back and found hygiene levels were still below standard.

"The mixer used to prepare raw ingredients was mouldy.

"Such a violation is dangerous as it can lead to food poisoning and potential death," said Mohd Wazir.

The inspection was carried out by a team of almost 20 officers including nine from the Health Department and the rest from Seberang Prai City Council (MBSP), Domestic Trade and Consumer Affairs Ministry (KPDNHEP), and the police.

He said besides hygiene, boxes used to pack the finished products in the factory were also found not to bear the address of the manufacturer.

A notice was issued to the factory owner to make improvements.

Next door, investigators stumbled upon another factory producing cookies, where workers were seen packing them with bare hands while food trays were placed on the ground.

Mohd Wazir said since the factory did not have a signboard, investigators assumed it was just another industrial outlet and did not suspect anything during the raid two weeks ago.

"Here, we believe various types of cookies were produced based on various sticker labels on the shelf.

"We found a fake address was used, with the manufacturer's address on labels stating the origin of the product differing from where the cookies were actually produced and packed.

"If food poisoning were to occur, it would be hard for us to trace," he said.

Mohd Wazir added that apart from the address discrepancies, machines used were found to be poorly maintained, with dust and cobwebs found on them.

He said under basic food hygiene rules, handlers are required to wear an apron and gloves to avoid contamination, which workers in the factory were not.

As the workers were also not vaccinated against typhoid, a RM3,500 compound notice was issued. 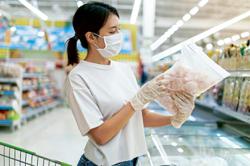 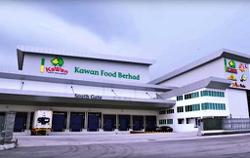