IPOH: Three technicians have been jointly charged at the Sessions Court here for cheating a man into paying for cable-fixing work near Felda Besout in Sungkai.

Azhari Abdul Ghani, 43; Faizizee Azami, 31; and Mohd Noor Hakim Noor Rashid, 38; were charged under Section 420 of the Penal Code, which was read together with Section 34 of the same code.

All pleaded not guilty and claimed trial.

The three accused were said to have committed the offence at a parking lot on Jalan Sentral Sungkai 7, in Sungkai, on Aug 21 last year.

They were accused of having the intent to cheat one Aiman Firdaus Abdullah by deceiving him into believing that RM6,000 was to be paid for the repair works by a Tenaga Nasional Bhd-appointed contractor.

“All three are facing serious charges.

“The amount offered is reasonable and suitable for the type of offence, ” she said.

Lawyer Mohd Baharuddin Ahmad Kassim, who represented Azhari and Faizizee, said his clients need to take care of their respective families and have school going children.

Lawyer Shahidah Muslimah Roslan, who represented Mohd Noor Hakim, said he was the sole breadwinner of his family.

She also ordered the accused to report to the nearest MACC office once a month until the case is settled.

Mention has been set on July 12. 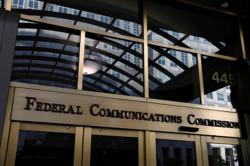