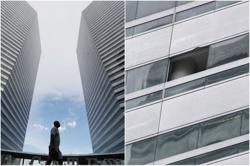 IPOH: Three men were injured after a fire extinguisher exploded in a shophouse at Jalan Hussin Nordin, Taman Pearl here.

A Fire and Rescue Department spokesman said one of the men almost had his leg severed following the incident at about 5pm Wednesday (May 5).

“The three men were hit by shrapnel from the explosion.

“We provided emergency triage for the victims before handing them over to the Health Ministry officers for further action, ” he said in a statement.

“Based on the information gathered, they were trying to refill the fire extinguishers prior to the incident, ” he added.