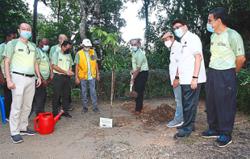 He said as decisions are being considered and made by the Federal Government, the state hopes that if an MCO is imposed, it will be at targeted areas and not in the entire state.

“We have seen the effects of the first MCO (March 2020) on the economy last year so we hope there will be no blanket MCO. If there are areas that need to be shut down, then target the area and shut down the affected areas," said Jagdeep.

“There should not be a blanket MCO, ” he added at a press conference after attending an event at P84 stop of Penang Hill here Sunday (May 2).

He said there will be difficulty in balancing public health and economy but added that the Health Ministry must be trusted to make the best decision.

“Although public safety is our priority as well, we do not want to affect the economy, ” said Jagdeep.

Meanwhile, Federation of Malaysian Manufacturers (FMM) Penang chairman Datuk Jimmy Ong said the industry is equally concerned if another MCO were to be implemented.

“It has been a year or so since the first MCO last year and the industry is trying to pick up this year. Things are starting to grow.

“If a throughout lockdown is imposed again it will have devastating effects on the industry. But anyhow, we will leave it to the authorities to make the decisions, ” he said.

Ong said he hoped that even if an MCO is being considered, he hopes that the industry can still continue especially among MNCs and companies.

“MNCs and companies have contributed a lot to the economy in Penang and Malaysia so MCO itself needs to be balanced between the two.

“But we leave it to the Health Ministry and International Trade and Industry Ministry (Miti) to exercise good judgement in balancing (priorities).”

He added that presently, companies need to be more vigilant and proactive as well in doing more Covid-19 screening as testing has slowed down.

“This is because the government only implemented compulsory screening until March this year. After March, there was less screening done as many industries dropped the screening of their workers.

“Our advice to these industries is to screen their workers, because were we to wait for vaccines it would take a few more months.

“Only by screening can they detect the cases early, ” he added. 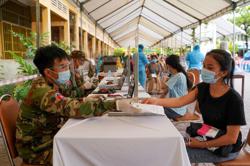