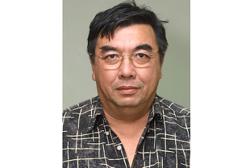 Determined kids: (From left) Nur Irdina wakes up on her own for the pre-dawn meal, says Norazilina. Suzaina says she will give Nur Aqilah surprise ‘duit raya’ for her effort in fasting.

IPOH: Nur Irdina Kasturi Sunanto cried last year when her parents did not wake her up for sahur, the pre-dawn meal before fasting.

This year, the six-year-old learned to wake up by herself so that she could join her family for sahur for the first time.

Housewife Norazilina Abdul Aziz, 36, said Nur Irdina was keen to fast, even waking up earlier than her siblings.

“She would wake up excitedly on her own while her siblings have trouble waking. She even reminded us to tell her the first day to fast. I cook her favourite dishes so she would feel more motivated, ” Norazilina added.

Fasting is not compulsory for children, especially if they are as young as six during Ramadan, which started on April 13.

“But after we explain to her about the reason why Muslims fast, she understands.

“Luckily for me, she is a happy eater. She likes my cooking. Once in a while, she would request for something special like sweet-and-sour chicken or fried noodles.

“During sahur, she is not fussy. She would eat whatever there is on the table.

“We never promise our kids any gift if they can complete their daily fast because we want them to be sincere about it. But we will give them extra duit raya as a surprise, ” she said.

A clerk, who wished to be known only as Shamsul, said his seven-year-old son Aiman would help his mother prepare for sahur.

“This is his first year of fasting. We did not ask him to do it, but he told us that he wanted to be like his favourite cartoon characters, Upin and Ipin. He struggled a bit to wake up on the first day but he now wakes up as early as 5am to help his mother.

“My son’s favourite dishes are rice with fried chicken and some fruits, ” he said, adding that Aiman was currently learning how to recite from the Muqaddam – an introductory book to the Quran – with his brothers.

“Aiman told us that the ustaz at school would also share stories about the purpose of fasting. He told us that he wanted to be able to complete reciting his Muqaddam before the end of the fasting month, ” he added.

Shamsul said his son was also learning how to perform prayers.

“When we go to the mosque, Aiman would usually sit at the back and watch people pray.

“This year, I saw him imitating his brothers who were praying. We gave him a children’s book on praying and he loves it, ” he said.

Midwife Suzaina Shamsuddin, 40, said her daughter, Nur Aqilah Safiyya Muhamad Azlan, six, was fasting for half a day this Ramadan.

“My daughter was encouraged by her friends and cousins who are fasting too.

“Since she is just six, we don’t want to force her, but it seems like she is doing quite well.

“We feel this year was more about practice and we would let her sleep longer sometimes. For sahur, she would just eat biscuits and hot chocolate, ” she said.

Suzaina, who is currently under quarantine after having recently returned from overseas, said she would get to spend about three weeks with her family this time.

“Since my daughter is trying her best to fast, I will give her a surprise duit raya as appreciation for trying, ” she said.