FORMER national player Bakri Ibni is hoping that celebrity preacher Ebit Lew will step in to help a young Malaysian footballer who is struggling to pay his college fees in Germany, Harian Metro reported.

He said Diniz Irwan, 20, had to further his studies there to remain in Eddersheim FC, a fifth division German league club in Frankfurt.

“I have approached people for help, including our national sports administrator, but everyone is silent.

“Diniz plays in the local league but I understand that he wants to play at a higher level. He’s doing this not just for himself but for football in Malaysia.

“I think it is time for companies to step forward and lend a helping hand. If Ebit Lew can help us, God willing. This young player is a national asset and he shouldn’t be abandoned there, ” said Bakri.

On Sunday, Harian Metro’s sports section reported that Diniz might be hauled to court there and risk jail-time if he fails to pay his school fees.

It is unclear what Diniz is studying in Germany but his father Irwan Adnan was quoted as saying that there was still a remainder of 33,000 (RM163,000) in school fees to be paid that was due in October.

Irwan said Diniz still had a year plus to complete his diploma-level education.

> A lorry driver has been slapped with a RM2,000 fine for claiming to be a snatch theft victim to avoid paying what he owed to a loan shark, Sinar Harian reported.

Prasad Kuhad pleaded guilty to a magistrate in Sungai Siput, Perak, for falsely claiming he was robbed by two men on a motorcycle, in a police report on April 8.

Prasad had wanted use the purported robbery as an excuse as to why he could not repay the loan shark. 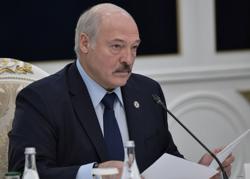