Ad hoc prosecutor Datuk V. Sithambaram told a three-man bench of the appellate court that Najib's attempt to disassociate himself from Nik Faisal's actions was not credible as his (Najib) directions were given to the SRC board of directors via Nik Faisal.

He said this clearly showed Nik Faisal was the conduit between Najib and the SRC board.

"Similarly, to suggest Nik Faisal went rogue in relation to the letter of instruction to AmBank (regarding Najib's personal accounts) is simply outrageous," he said here on Monday (April 19) when making the prosecution's rebuttal in the hearing of Najib's appeal against his conviction and sentence.

He said any claim by Najib that Nik Faisal did not have his mandate and was untrustworthy was without factual basis.

"It should be kept in mind that the appellant (Najib) continued his personal banking mandate to Nik Faisal for many years until the closure of his AmBank accounts, ” said Sithambaram.

He added that it defies credibility for Najib to suggest that Nik Faisal was acting without his knowledge in the bank accounts while retaining him as a trusted mandate holder for personal banking even after he was sacked as CEO of SRC for financial irregularities.

"Why would Nik Faisal be removed as the CEO but be kept as SRC's authorised bank signatory?" Sithambaram said.

He said the retention of Nik Faisal was to do Najib's bidding, which he faithfully carried out by causing the transfer of the RM42mil from SRC into Najib's personal bank account.

“This money was never diverted anywhere else and it was utilised by the appellant, ” he added.

The prosecution further submitted that Nik Faisal was the mandate holder of Najib's personal bank accounts at AmBank, and that only proves there was a trusting relationship between Najib and Nik Faisal.

"The benefactor of the ill-gotten funds is the appellant and the appellant alone and not anybody else including Nik Faisal and (former late principal private secretary) Datuk Azlin Alias," he added.

Najib, 68, is currently out on bail of RM2mil in two sureties pending the outcome of the appeal.

The other judges on the panel are Justices Has Zanah Mehat and Vazeer Alam Mydin Meera. 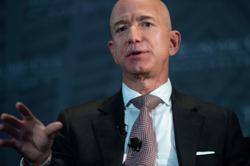