SERDANG: Police have seized 297 bitcoin mining machines and none blowers worth about RM100,00 after raiding several premises believed to be stealing electricity.

"We arrested two Chinese nationals, a man and a woman, aged 32 and 38.

"When we checked the premises, we found evidence of tampering with the electricity supply," he told reporters at Serdang police headquarters on Monday (April 19).

Supt Mohd Rosdi said the two foreigners had been hired to act as caretakers of the premises which were being used to house bitcoin mining operations.

"The two foreigners have been remanded until April 28 to help with investigations," he said, adding that the premises had been operating for at least one month.

Supt Mohd Rosdi said they raided three other premises at Jalan Damai 3, Taman Damai Utama after a 19-hour stake out on Saturday (April 17).

"We also found evidence of tampering with the electricity supply.

“No arrest was made at these premises," he said.

Supt Mohd Rosdi said TNB has estimated losses of at least RM130,000 from these cases. 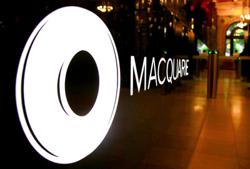