KUALA LUMPUR: The police have arrested a 50-year-old man for allegedly cheating a person in 2011 into paying him RM127,120 to predict 4-digit lottery numbers.

"We received a report from a 59-year-old man then over the incident. He claimed he found a pamphlet advertising the suspect who went by the name 'Master'," said Ampang Jaya OCPD Asst Comm Mohamad Farouk Eshak.

He said the victim was asked to transfer RM127,120 to an account to buy equipment used to pray and for the forecast numbers ritual.

"After making the payment, the victim was told to go to an address at Pengkalan Kubur in Kelantan," he said.

He added that the victim went there and found that there was no such address. The victim then felt cheated and lodged a report.

ACP Farouk said in a press release that the police arrested the 50-year-old suspect at Pendang, Kedah at 5.39pm Sunday (April 18).

"Our checks revealed the suspect does not have a prior record but was wanted in connection with another similar case under the jurisdiction of the Iskandar Puteri police headquarters," he said.

He advised the public not to easily fall for individuals who claim they had the ability to make lottery forecasts.

Those with information on the case or other criminal activities can contact the police hotline at 03-2052 9999 or go to the nearest police station. 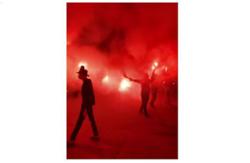 INTERACTIVE: Teachers a class above in difficult times
Keep masking up, Malaysia
Registration for second round of AZ jabs to start soon
Experts: Fear leads to overcrowding at PPV centres
Muhyiddin: UN must act now
Youths to be included in shaping govt policies
OIC to be asked to help protect Palestinians
All Islamic nations should support the Palestinian cause, says Abdul Hadi
Covid-19: Four in JB compounded RM5,000 each for not observing SOP
Covid-19: Indian variant not in Sabah, says state Health Dept