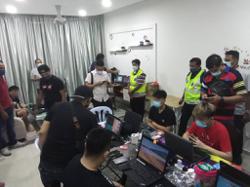 KUALA LUMPUR: An online gambling operation has been busted by the police in two raids on Wednesday (April 14) and Thursday (April 15).

"Following that, a second raid was conducted at the same condominium where seven more suspects, aged between 20 and 26, were arrested," he said on Thursday.

Eighteen more handphones and four other computers were seized at the second condominium unit.

Out of the nine suspects arrested, two are foreigners. 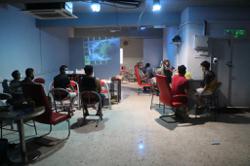