Commenting on this, Hang Tuah Jaya Municipal Council (MPHTJ) president Datuk Shadan Othman said that no directives have been issued so far to stop the bazaars due to Covid-19 cases.

“We will continue the operations as normal, until there is an official directive, ” he said when contacted on Sunday (April 11).

He said MBMB has also received applications to organise 12 bazaars throughout Ramadan.

The largest bazaar under MBMB’s purview is at Dataran Klebang, followed by Taman Seri Telok Mas and Jalan Hang Tuah. 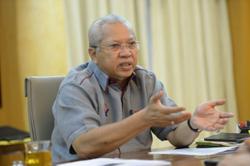