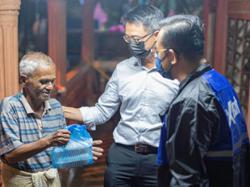 BUKIT MERTAJAM: Police have crippled four loan shark syndicates with the arrest of 28 men and one woman in Penang and Perak.

He said the local suspects, aged between 21 and 54, were arrested during a series of operations conducted simultaneously in 12 locations in north and central Seberang Prai in Penang and in Kerian, Perak, from 6am to 10am on April 8.

"Investigations found the syndicate has been operating for at least three years since mid-2017.

"They rented three units of terrace houses in Bukit Mertajam to operate as an office and call centre.

"Its modus operandi is to advertise loan offers on social media such as Facebook, WeChat and WhatsApp targeting businessmen, civil servants and staff from the private sector.

"If the loaners fail to settle their payments, they will be contacted by syndicate members and receive threats such as being visited at home or at their workplace and possibly have their properties damaged.

"Those who are struggling to repay their debts will be offered new loans to settle their earlier payment thus multiplying their interest rates," he said at a press conference at the Central Seberang Prai district police headquarters in Bandar Perda Saturday (April 10).

Comm Zainuddin added that checks revealed that some of the suspects had criminal records with offences involving violence, drugs and loan sharking.

All suspects have been remanded to facilitate investigations under various sections of the Moneylenders Act 1951, Section 426 of the Penal Code for committing mischief and the Corrosive and Explosive Substances and Offensive Weapons Act 1958.

Comm Zainuddin said the three states in the country with the most loan shark cases are Johor, Selangor and Perak. 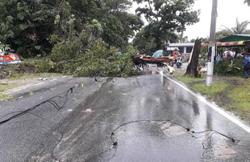