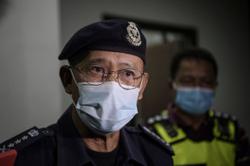 SHAH ALAM: A total of 11 investigation papers have been referred to the Deputy Public Prosecutor in connection with police reports lodged by an NGO leader.

Selangor police chief Comm Datuk Arjunaidi Mohamed said the investigations were conducted in connection with 13 police reports lodged by the individual since 2019.

"He lodged four reports in 2019, four others last year and five this year.

"Among the reports were offences under Section 506 and Section 507 of the Penal Code," he told a press conference at state police headquarters on Friday (April 9).

"The investigating officer lodged a report over the matter.

"We have since referred the matter to the Deputy Public Prosecutor and we recommended that the NGO leader is charged.

"Allegations that police have not conducted any investigation are definitely not true.

"If he is not satisfied, he can come forward and give us the necessary evidence to prove his allegations.

"We will investigate fairly and further action will be based on the facts and statements provided," he added. 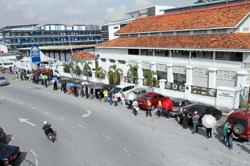