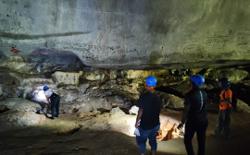 CYBERJAYA: National Film Development Corporation (Finas) chairman Zakaria Abdul Hamid says it is the personal right of any artiste to be involved in politics.

"Anyone can be involved in politics and join political parties, whether government or opposition," he said after attending the International Youth Film Festival here on Wednesday (April 7).

He was commenting on the recent announcement by a few artistes, such as actor and comedian Datuk Afdlin Shauki, and rapper Syed Ahmad Syed Abdul Rahman Alhadad (better known as Altimet), that they had joined PKR.

However, he said that appropriate boundaries should be maintained, and that politics should not be brought into the filming industry.

"Do not use the industry for political gains," said Zakaria, who is a former Parti Keadilan Rakyat member.

He said even though politics is part and parcel of his life, he has been careful to observe the limits while helming Finas.

Separately, Zakaria said no filming activity was approved by Finas for the interiors of Gua Matsoorat in Perak.

He was commenting on the allegations of damage to fossils that are millions of years old, after filming was done by a production company at the cave last month.

He added that the Certificate of Filming (SPP) was issued based on the list of filming locations submitted by the production company.

"I have personally looked at the list of approved filming locations, and nowhere was it mentioned that filming can take place inside Gua Matsoorat," he said, adding that they would not approve any filming activity at such heritage locations.

He added that Finas is only involved in issuing the SPP, and they are now awaiting the investigation to be completed by the Perak state government.

He also said the producers have informed them that there are no scenes inside the cave. 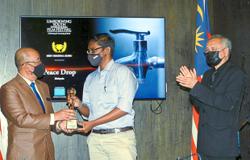 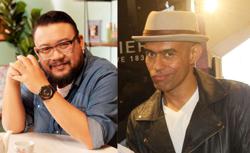