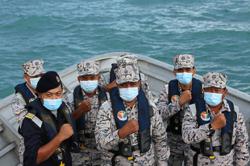 “The first vessel was detained on Sunday (April 4) at about 6.10pm at about 15 nautical miles northeast of Tanjung Penawar. The ship was crewed by 23 men, including one skipper who are all from Indonesia, ” said Nurul Hizam.

He added that the second vessel was registered in Mongolia and was crewed by 12 men from Indonesia.

“It was detained at about 13 nautical miles northeast of Tanjung Balau, at about 8.10pm on Monday (April 5), ” he said in a statement here on Tuesday (April 6).

He added that all of the crew are aged between 25 and 55 and are travelling with valid documents.

“The crews from each vessel have been detained at the Tanjung Sedili Maritime Zone office to help with investigations, ” he added.

The vessels were seized under Section 49B(1) of the Merchant Shipping Ordinance 1952 for anchoring without permission from the Marine Department which carries a fine not more than RM100,000 or imprisonment for not more than two years or both.

Nurul Hizam also informed that to date, the Johor MMEA has managed to detain 21 vessels since Ops Jangkar Haram started on March 24.

He also called for cooperation from the public in reporting any incident or emergencies in the Johor water area to call the Johor MMEA operation centre at 07-2199404 or the MERS 999 so that quick action can be taken. 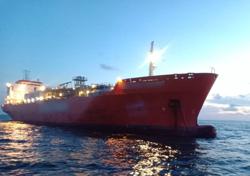