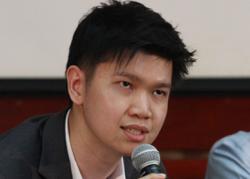 PUTRAJAYA: The Malaysian United Democratic Alliance (Muda) are carrying out efforts to file a case against the government in court over delays in implementing Undi18.

In a statement, Muda pro-tem committee member Lim Wei Jiet said the excuses given by the government for delaying the implementation of Undi18 was nonsensical, as he argued that students are still attending school and people are still working despite the ongoing movement control order and Emergency.

Lim also said that delays over the implementation of Undi18 are akin to violations against the basic principles of democracy.

Earlier, Lim and a group of Muda members submitted a letter of demand to the Registrar of Societies (ROS), asking it and the Home Ministry to decide on Muda’s appeal on its registration within seven days, or the party will take legal action.

Lim accused the ROS of deliberately delaying the party’s registration and claimed the requirement by ROS to vet the proposed names for party sponsors over “security reasons” are merely delaying tactics.

He added the party was told on March 21 that the three names needed to undergo security checks.

“So the appeal that we have submitted to the ROS on the rejection of our registration has yet to arrive at the Home Minister’s desk.

“That is because the ROS is still vetting our three sponsors. To us, this is a delaying tactic to register Muda as a political party, ” he said outside the Home Ministry and the ROS headquarters after leading a group of Muda members to submit a letter of demand to the ROS.

Lim said Muda is a youth-based outfit that merely wants to be formally registered as a legitimate political party, and they should not be seen as a security threat.

It had formally applied with the ROS to be registered as a political party on Sept 17. After not hearing from the ROS, Muda issued a letter of demand to ROS on Dec 21.

On Jan 6, Muda received a letter from the ROS informing it that its application was rejected due to issues related to the proposed party constitution. 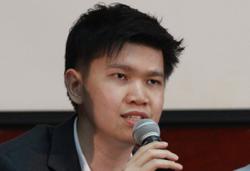