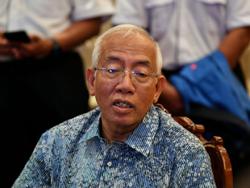 PETALING JAYA: The Kelantan Network of Orang Asli Villages (JKOAK) has urged the federal and state governments to call off the construction of the Nenggiri hydroelectric dam in Gua Musang, Kelantan.

JKOAK claimed that the construction would submerge around 5,384ha of forest, which is customary land and territory of the Orang Asli.

"The construction of the Nenggiri dam will cause various adverse effects to the environmental ecosystem, socioeconomics, our way of life, history, customs and culture of the Orang Asli people in Gua Musang," he said in a statement on Monday (March 22).

JKOAK represents the views of more than 3,000 Orang Asli from 17 districts.

Tenaga Nasional Bhd chairman Datuk Seri Mahdzir Khalid had previously said that the proposed hydroelectric dam in Neggiri is expected to solve the flood problems in Kelantan, noting that it would act as a flood mitigation system to stop the flow of water into the rivers.

However, Mustafa refuted this, claiming that the dam would not be able to solve Kelantan's flood and drought woes so long as deforestation, logging, plantation, mining activities and others continue to be approved by the state government in the forest of Hulu Kelantan and Gua Musang.

Instead, Mustafa said the construction of the dam would destroy areas where they obtain clean water supply for cooking, bathing, washing, farming, as well as destroy their ancestors' graveyards, among others.

"This project will also submerge areas that have important historical value to the Temiar Orang Asli community, especially in Gua Cha and Gua Chawas, which are evidence of the early existence of Temiar Orang Asli, besides the artefacts that form the chronology of the early history of Kelantan," he said.

He claimed that the construction of the dam would cut off main roads heading to Pos Simpor, noting that the community in Pos Simpor would have to undergo an extra five to six hours journey to reach Kuala Betis from its current time of around three to three and a half hours.

Mustafa also claimed that when the Environmental Impact Assessment (EIA) report was released, they were not informed about its content that was so complex and technical, adding that the document was not provided in the national language.

He appealed to the federal and state governments to choose other less risky alternatives such as creating mini dams in a few areas around Machang, Tanah Merah and in Pasir Mas to overcome the flood and water problems during the drought season as what was proposed by the Irrigation and Drainage Department (DID).

He added that they should choose other types of energy sources that are greener and sustainable.

"We also appeal to the federal and state governments, TNB and other relevant parties to respect the rights of the Orang Asli community to preserve its culture, land and forests as enshrined in the Federal Constitution through laws such as the Orang Asli Act 1954, and the United Nations Declaration on the Rights of Indigenous Peoples 2007 (UNDRIP) signed by Malaysia in 2007," he said.

Mustafa said they will be handing over a memorandum to TNB and the relevant government agencies to call off the project, adding that if there was no response, they will consider taking the issue to court. 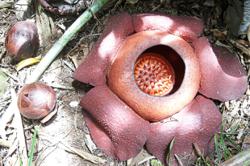