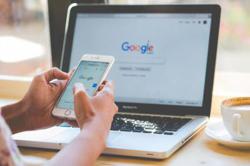 Kosmo! reported that social media celebrity Kasih Leona Iris, 19, has been asked by her actor father Azhar Sulaiman, 49, to get her breasts size reduced after she was criticised by netizens for her revealing outfits.

Azhar took to his Facebook page on Monday night to vent his frustrations over the attacks on social media against his daughter and him. He mocked the critics with his own sarcastic comments.

“So today (Sunday), Leona and I got slammed because I’m not smart in educating my child? You have your own child?, ” he wrote in a social media post.

“That day was about my daughter always speaking English and cannot speak Bahasa Malaysia. Then it was about the Kelantanese dialect. Now, it’s about her outfits.

“Leona, please find a clinic to reduce your breasts size, I will pay for everything, ” Azhar said.

His messages seemed to mock netizens for their constant criticisms of him and Leona.

Recently, she was trolled over pictures showing her wearing sexy attire, one of which clearly showed her belly.

> A man was sentenced to 29 months jail by the Magistrate’s Court in Kota Belud for hacking his neighbour’s a cat to death, Harian Metro reported.

Magistrate Lovely Natasha Charles sentenced Jaferi Suman, 32, after he was convicted of killing the cat in front of its owner at 3pm on July 3 last year in Kampung Timbang Dayang.

Jaferi was accused of using a cleaver to kill the cat in front of the complainant’s two children, causing them to suffer emotional trauma.

Based on investigations, the accused was a drug addict and has a criminal record.