PETALING JAYA: Heavy rain hit parts of the city, with a bizarre hailstorm wreaking havoc in the Klang Valley including Cheras.

A local resident from Taman Suria Jaya, Cheras, Helen Dodampe, said she heard strange noises on her roof at about 5.20pm on Wednesday (March 3).

"It didn't rain for many days, and this happened," she said when contacted.

Dodampe, who is in her 50s, also showed pictures and a video clip of the marble-sized hailstones.

Fortunately, there was no damage to her property. 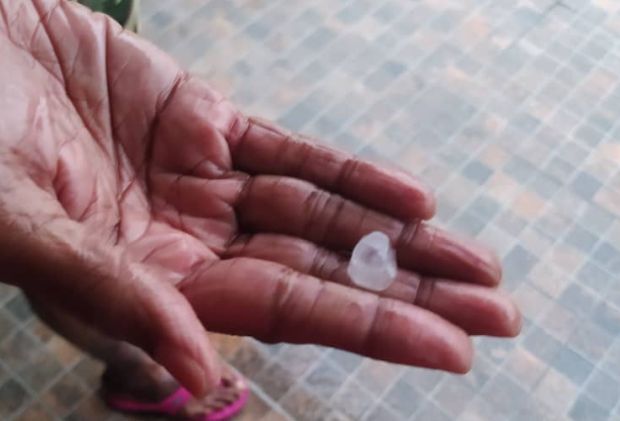 "This is the first time I've witnessed such an occurrence. It's kind of exciting," she said.

The Malaysian Meteorological Department (MetMalaysia) has said that the country is currently in the last phase of the northeast monsoon season which will last until mid-March.

It said that during this period, rainfall is expected to be low in Peninsular Malaysia, particularly in the northern region.

Although such occurrences are rare, hailstorms do happen in Malaysia.

Hailstones are formed when raindrops are carried upward by thunderstorm updrafts into extremely cold areas of the atmosphere and freeze.