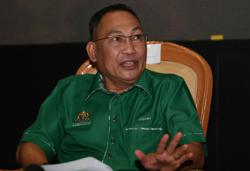 PETALING JAYA: Retailers want the government to give them flexibility to carry out Covid-19 tests for their local and foreign workers.

Malaysia Retail Association vice-president Datuk Ameer Ali Mydin said employers in the sector are aware of their responsibilities and would like to extend the testing period to all its employees and not only their foreign workers.

“I hope the government will consider giving us about two more months to ensure everyone is covered.

“I can’t say that everyone, including Mydin, has completely tested all our workers, ” said Ameer, who is also managing director of Mydin Mohamed Holdings Bhd.

He was commenting on a mandatory government ruling to get foreign workers tested for Covid-19 by Feb 28 or risk not being able to renew their workers’ temporary working permits (PLKS).

Ameer said that Mydin has tested most of its workers nationwide and is currently conducting the exercise for its workers in Perak.

He added that employers in the retail sector had embarked on testing their foreign workers as soon as the announcement to do so was made in December.

But there were overwhelming infections in the weeks that followed and employers saw the need to test their Malaysian staff members as well, he said.

“Because of the overwhelming cases, employers thought it would be wise to get all their staff members tested, especially in areas with infection clusters, ” he added.

Ameer said that employers also had to bear the cost of getting their employees tested, which burdened them financially as there were no real subsidies to help them cover the cost.

He said while there was a one-off subsidy by Socso for employers to get their foreign workers tested, there was no similar incentive to cover the cost of local workers.

Furthermore, he said it was wiser to get workers tested more frequently as a single negative test does not guarantee a worker will not be infected in future.

Meanwhile, Malaysian Employers Federation executive director Datuk Shamsuddin Bardan hopes that the government would not enforce the policy of not allowing employers to renew their foreign workers’ PLKS if they did not meet the deadline.

He said the 1,489 clinics appointed to conduct the tests can only take in a certain number per day.

“Employers would still need to wait their turn even if the risk of not being able to renew the PLKS hangs over their heads, ” he added.

He said if the government was to go ahead with the penalty, about 1.2 million documented foreign workers in the country would be affected.

Shamsuddin also said the current National Vaccination Programme, which would also cover both documented and undocumented workers, will be a better step to keep the disease from spreading among foreign worker communities. 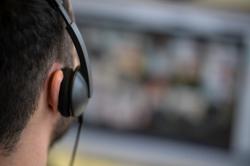