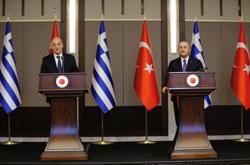 PETALING JAYA: Over 3,500 people have been vaccinated with the Pfizer jab so far, says Science, Technology and Innovation Minister Khairy Jamaluddin.

He said the number of people who have registered their interest in receiving the vaccine is now more than one million.

“And up until last night, with the rollout (of the vaccines) in the various states, there have been 3,580 people who received the Covid-19 jab in Malaysia, ” he said during a press conference at KLIA after the CoronaVac vaccines arrived on Saturday (Feb 27).

Meanwhile, Khairy, who is also the coordinating minister of the National Covid-19 Immunisation programme, said the different efficacy rates of the CoronaVac, which ranged between 50.4% and 91.2%, are also dependent upon the trials that were being conducted.

“It depends on the study being conducted. In Turkey, it was 91% effective, but it was about 50% in Brazil because the profile of the study’s volunteers was different.

“In Brazil, the vaccine was being given to high-risk groups, specifically the frontliners, that’s why the clinical data was slightly over 50%. The way the efficacy data was reported was also more complex.

“Even so, I want to emphasise that according to the World Health Organisation, the minimum level of efficacy is 50%, ” he said.

He also said that CoronaVac has been used in China, Indonesia, Turkey, Chile, Hong Kong, Brazil and Cambodia, and that Indonesian president Joko Widodo has also been injected with that vaccine.