MELAKA: A waste management company has been slapped with a RM10,000 compound for polluting Sungai Ayer Batu in Sungai Udang here.

"Farmers complained on the blackish water flowing into their irrigation system. When authorities investigated, they found the company was the culprit for the contamination," he said in an interview here on Sunday (Feb 21).

Idris said the leachate is believed to be from the Sungai Udang landfill area.

He said the company could also face a maximum compound of RM125,000, or RM1,000 per day, for subsequent offences.

Idris said the compound was issued following investigations by Melaka Water Regulatory Authority (BKSA) under Section 39(a) of the Water Resources Enactment Melaka 2014.

He said water flow from Sungai Ayer Batu is an important source for agriculture and livestock farming, especially to irrigate padi fields.

He said farmers from Paya Rumput and Bukit Rambai were badly affected by the pollution that was first detected in August 2020.

Idris said the state government has gazetted 103 rivers as water resources since 2012.

He added that BKSA has issued permits to 193 companies to extract raw water for industrial and other purposes. 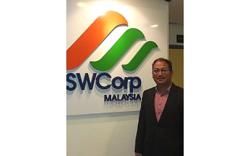 Sabah gets first batch of 16,380 Covid-19 vaccine doses
Convening of Parliament is a return to democracy, says James Masing
Drones used in farming to be regulated from March 1
Cops bust motorcycle theft ring with arrest of 16 suspects
Police looking for man who allegedly apostate a Muslim woman
Put national interests ahead of power struggles if Parliament is convened, says Umno veep
Ismail Sabri calls for Malay unity, saying GE15 'around the corner'
Govt's Bachelor of Education scholarship applications to open in March
Couple arrested over alleged abuse of Cambodian maid
AgeCOpe appeals for more time for care homes to pre-register for vaccine