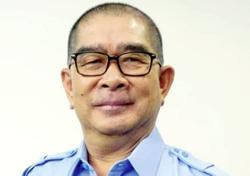 The Minister in the Prime Minister's Department (Sabah and Sarawak Affairs) said that the potential as the main gateway for trade, focusing mostly on the larger Brunei, Indonesia, Malaysia, Philippines under the East ASEAN Growth Area (BIMP-EAGA) region.

He said that with the ongoing RM1.03bil expansion of the Sepanggar Bay Container Port here, the prospect of the state becoming the key economic hub and gateway for the region should become a reality.

Ongkili said that the existing ongoing port services and businesses offered would also help the state's economy bounce back.

"I am also satisfied that the on-going expansion project under the Sabah Economic Development and Investment Authority (Sedia) funded by the Federal Government is expected to be completed in 2024 and meets the regional attention given to green and sustainability concerns," he said after visiting the Sepanggar Port here.

Ongkili also acknowledged the efforts by the Sabah Port Sdn Bhd (SPSB) and its strategic role in strengthening the industry.

He said that SPSB has spent close to RM1 billion to upgrade port facilities and equipment since the takeover and has done an impressive job as an industry leader, creating more economic growth and hob opportunities for locals in Sabah.

During his visit to the port, he was briefed by SPSB Managing Director Datuk Ng Kiat Min and Sedia Vice President Dr Chong Vun Leong, on its current operations and status.

Ongkili re-affirmed the federal government's commitment to support the Sabah Ports initiative in positioning the Sepanggar Bay Container Port as a regional transshipment hub to serve as the main gateway on the larger BIMP-EAGA, Intra Asia as well as fast-growing markets in China, Korea and Japan.