One in every 100 newborns suffers from congenital heart disease, says Health Ministry 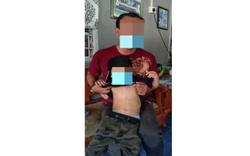 This means that about 5,000 babies are born with this condition, based on the 500,000 births every year.

The ministry said that 95% of cases have unknown causes, but the risks increase with the use of banned drugs and alcohol during pregnancies, smoking, gestational diabetes, getting viral infections (Rubela) during pregnancies, and genetic problems such as chromosomal abnormalities (Down Syndrome).

“Early detection can reduce the complications to the baby and prepare the parents to accept their baby’s condition,” it said in a Facebook post on Sunday (Feb 14) in conjunction with the Congenital Heart Defect Awareness Day.

According to the American-based Centers for Disease Control and Prevention (CDC), CHDs are the most common type of birth defect.

It however said that as medical care and treatment have advanced, babies with CHDs are living longer and healthier lives.

It added that CHD affects the structure of a baby’s heart and the way the heart works. According to CDC, CHD affects how blood flows through the heart, and to the rest of the body.

The CDC also said that the condition can vary from mild such as a small hole in the heart to severe such as missing or poorly formed parts of the heart.

It also said that one in four babies with the condition is considered critical, and needs surgery or other procedures in the first year of life. 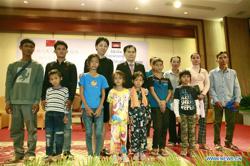