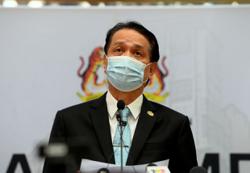 SIBU: Sarawak is sticking to its 14-day mandatory quarantine policy for anyone entering the state from overseas, regardless of whether they are foreigners or Sarawakians.

The Sarawak Disaster Management Committee had previously stipulated that those entering the state from overseas need to be quarantined for 14 days at a designated place such as a hotel, with a swab test conducted on the 10th day.

Earlier this week, Health Minister Dr Adham Baba had signed a federal gazette which states that Cabinet ministers returning from official trips overseas will be observed for three days or undergo supervision until they can be released without endangering the public.

The ruling took effect on Tuesday (Feb 9) and will be in effect until Aug 1.

Senk Siang Thung, a Sarawakian working in Singapore, said: "I think that's a good move. However, best is to have similar policies for those flying in from Semenanjung Malaysia and Sabah," he said.

Senk added that he would only fly back to Kuching after he has been vaccinated.

Another netizen, Goh Beng Sai, responded by saying: "Prevention is the best!" 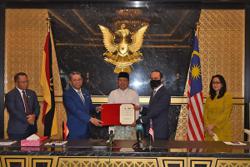