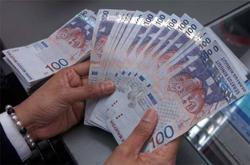 According to the report, it found that unemployment among heads of households had doubled to 15% in three months, with one-in-three adults found to be unemployed.

It added that income levels among households headed by women and persons with disabilities (PWD) were now 24% and 36% lower respectively than at the end of 2019.

"The continued reduction in income experienced by a large proportion of study participants resulted in persistent poverty among this group," added Unicef in a statement on Monday (Feb 8).

The report was a joint effort between Unicef and the United Nations Population Fund (UNFPA).

Unicef said its report also found that many households whose earnings were just above the official poverty line were experiencing difficulties in meeting basic needs.

"The social dynamics of these families on edge are changing as they do their best to cope with the worsening economic situation,"said UNFPA Malaysian representative Najib Assifi.

"None are more affected than children, those with chronic illnesses, the disabled and of course, those who care for them," added Najib.

Unicef Malaysia representative Dr Rashed Mustafa Sarwar said the latest Families on the Edge report suggested that while there were some families beginning to recover from the Covid-19 fallout, there were also others who continued to deteriorate.

"We need to reimagine social protection for the most vulnerable in Malaysia, including through an expansion of coverage of income support for low-income families and provision of targeted livelihood support, particularly for the self-employed.

"We have extended our support to the government and look forward to working together to strengthen policies and programmes for families in need," she said.

The Families on the Edge report, which covers a period of six months, involved a mixed-methods study, socio-economic study, wellbeing interviews and child-led photography components.

The fourth and final report will be released in April this year.

As of Jan 22, Finance Minister Datuk Seri Tengku Zafrul Abdul Aziz said the government had approved a total of RM12.72bil for the Wage Subsidy Programme, involving 322,177 employers and 2.64mil employees. 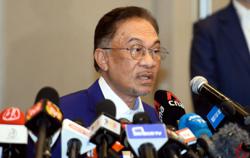 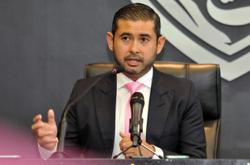