PETALING JAYA: The Malaysian Association of Hotels (MAH) has urged the government to provide immediate assistance to the industry following the extension of the movement control order to Feb 18.

MAH said since the second MCO was implemented last month, many hotels began to shut down as restrictions were placed on travelling.

It said since March last year, more than 100 hotels had ceased operations, affecting over 7,000 employees and more who lost their jobs indirectly.

The rest are either on prolonged paycut or unpaid leave.

"The tourism and hotel industry employs 3.6 million people and is one of the main contributors to the country's economy and the people, and must not be allowed to collapse.

"We must be ready for recovery and maintain our tourism capacity as well as competitiveness in the region," said MAH president Datuk N Subramaniam in a statement on Friday (Feb 5).

Since 2020, MAH said it had held multiple and continuous engagements with the Tourism, Arts and Culture Ministry.

"A detailed White Paper on tourism and hotels was presented to the Tourism Board with various proposals, including additional assistance to the industry as well as a six-phase border reopening plan to allow the industry to receive international tourists again in stages."

MAH said the enforcement of MCO 2.0 had since robbed the industry of any hope of recovery, adding that it was set to lose a minimum of RM300mil in revenue for every two weeks of the MCO.

The industry, it said, had already lost RM6.5bil last year.

"Immediate help is needed to keep hotels afloat and MAH, after submitting a 19-point proposal of immediate assistance for the hotel industry, has presented these in an emergency meeting with the Tourism, Arts and Culture Ministry on Thursday (Feb 4),"

"While some of these are long outstanding proposals that the industry has submitted before, they are of utmost urgency considering the worsening current situation," said MAH.

The MAH also proposed that the government place the tourism and hospitality industry onto the country's immunisation programme's priority list to assure the world that Malaysia was ready receive international tourists once borders reopen.

The ongoing MCO, enforced last Jan 13, has been extended to Feb 18. 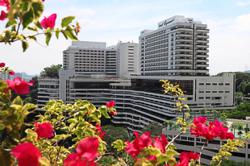