Dr M yet to take responsibility for blunder in resigning as PM in 2020, says Kit Siang 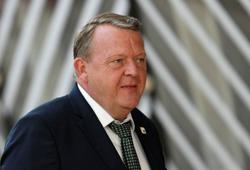 PETALING JAYA: Tun Dr Mahathir Mohamad (pic) has yet to take responsibility for his blunder in resigning as prime minister in 2020, even after he retained the support of a majority of Pakatan Harapan MPs, including those from Parti Warisan Sabah and his own former parti, Parti Pribumi Bersatu Malaysia, says Lim Kit Siang.

He added that Pakatan made the decision after Dr Mahathir refused to continue as the Pakatan prime minister as well as abide by the coalition's general election manifesto.

"Pakatan's decision to support Anwar as Prime Minister after Dr Mahathir's shocking resignation was made unanimously by DAP, PKR and Parti Amanah Negara," he said in a short statement Thursday (Feb 4).

The Iskandar Puteri MP also stressed that a candidate from Pakatan should have been prime minister to uphold and respect the people's mandate following the 2018 general election.

Dr Mahathir compared his proposal to a similar move made by Tun Abdul Razak Hussein when he headed the National Operations Council after a state of emergency was declared following the May 13 riots in 1969.

"I thought that something similar was needed. But I failed because Kit Siang said I was trying to become a dictator," Dr Mahathir wrote.

In his post, Dr Mahathir also said the King did not propose a name and while he did not offer himself, the Langkawi MP said it would have been rude to not accept the King's proposal to name him interim prime minister.

He also argued that Pakatan had already fallen as Bersatu had already left the coalition and no existing Pakatan MP could take his place.

In his memoir, My Story: Justice in the Wilderness, Thomas claimed that Dr Mahathir had put forward his own name for the post of interim prime minister after the fall of Pakatan.

He wrote that the potential appointment of Dr Wan Azizah would have been the correct constitutional decision. 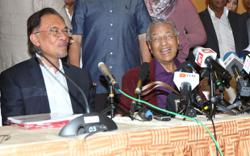