Sharing his pride with all Malaysians on the success of the eight-time world champion, the Prime Minister said it proved her contributions, sweat and action all this time continued to be noticed by the whole world even after she officially hung up her racquet.

He hopes that the success of the 37-year-old Penang-born athlete will be able to motivate all Malaysians to continue to strive to fly the flag high for Malaysia in any field.

"To the young generation who are just getting used to this sport and the back-up players who are developing their performance, take Nicol's success as a morale booster for you to go further.

With commitment and hard work, it is not impossible that you all can be like Datuk Nicol Ann David, ” he said in a post on Facebook.

The former world number one player for 109 consecutive months garnered a majority vote in an online poll on the official World Games website https://www.theworldgames.org, defeating 23 other athletes to win the title.

As the sole Asian candidate, Nicol proved to be in a class of her own since the first day of voting on Jan 8 when she received 318,943 votes, leaving her closest challenger James Kehoe, a tug of war athlete from Ireland with a 200,000-vote advantage.

GOAT honour is one Nicol will cherish forever 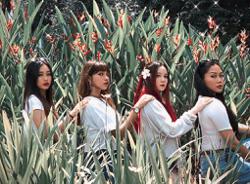 Hajiji: Celebrate Raya by following SOPs, giving thanks to frontliners
No way through for foreigner, woman who used fake papers to attempt interstate travel
No ban on goods vehicles during Hari Raya, says Transport Ministry
Sri Ram to defend himself against Rosmah’s bid to disqualify him as lead prosecutor
First batch of Sinovac vaccines prepared in Malaysia ready to roll out
Student stabbed and thrown off balcony in PJ after row over debts and drugs
Prioritise residents of nursing homes for Covid-19 vaccination to avoid outbreak, urges Sibu MP
PJ cops will make rounds to ensure no gatherings during Hari Raya
Health DG makes clarion call again for SOP compliance as volunteers are needed at assessment centre in Stadium Melawati
Babysitter’s hubby to be charged with murder of nine-month-old baby