KUALA LUMPUR: There should be zero bureaucracy in the delivery system to ensure that distribution and assistance under the newly rolled out Permai package can be expedited, said Dewan Negara People’s Well-being Caucus Committee.

“With the incentives, assistance, facilitations and improvements provided by Permai, I am confident that the approach taken by Prime Minister Tan Sri Muhyiddin Yassin and the Cabinet has provided the right growth impetus towards the well-being of the people and country, ” he said.

Permai is a dynamic continuation to the previous economic stimulus packages, including the 2021 Budget, which was implemented to combat the Covid-19 pandemic.

Razali said the government had done its best and urged that the people do their part in restoring their own economy as well as family, community and nation’s well-being.

“This is not the time to belittle the government’s good intention because what had been announced through every economic stimulus package had benefited the people, ” he told Bernama.

There should not be any leakage in the implementation of these measures and safeguards must be locked in to ensure the aid is rolled out in a timely fashion.

“And if, after careful monitoring of the implementation of the relief measures, it is found that the plans must be tweaked to ensure maximum bang for the buck, this should be done, ” he said in a statement.

Lee also suggested that authorities consider setting up a website where the rakyat could provide immediate feedback on the effectiveness and suitability of the relief measures.

The rakyat could also consider doing their bit by starting a community chest where the public can contribute any amount which will be used to boost the national effort.

He said another aspect that needs looking into is the rakyat’s mental well-being which could be affected by restrictions imposed during the pandemic.

On Monday, Muhyiddin announced the RM15bil package, which is anchored on three goals, namely battling Covid-19, preserving the welfare of the people and supporting the continuity of business.

In PETALING JAYA, Perikatan Nasional Youth said the movement will serve as facilitators to help youths to benefit from the financial assistance package, said its information chief Muhammad Hilman Idham said in a statement.

The movement, he added, would would put in efforts to strengthen the Perikatan government’s resolve in ensuring the country’s economic well-being and the people.

He also commended the government for giving continuous support to the frontliners and the needy through Permai. 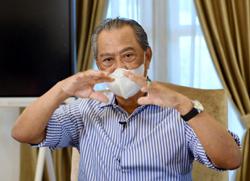 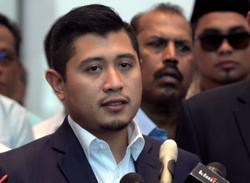