MELAKA: The police are urging those who witnessed an incident where a litter of newborn puppies were allegedly culled with boiling water to come forward.

However, he said police would only act if a report is lodged.

"I feel sad when there is inhumane abuse of innocent puppies. I promise action will be taken if witnesses come forward to lodge a police report," he said on Wednesday (Jan 20).

ACP Mohd Sukri said based on a voice recording accompanying the viral message, the incident happened in Bukit Katil here. 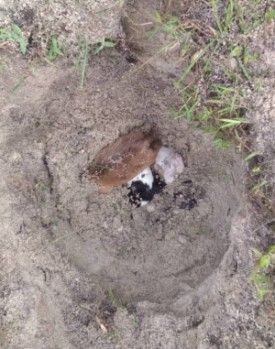 The voice recording was of a woman claiming that she saw a man carrying kettle of hot water twice to an abandoned house, where the puppies were seeking shelter.

The voice also said a few of her neighbours buried the puppies' carcasses.

"Those who witnessed this heinous act should give a clearer picture on the location and time of the alleged incident," said Upreshpal, who is the director of Friends of the Orangutans Malaysia.

Covid-19 Watch: 1,186 new cases, says Health Ministry
Tambunan man reported missing returns home safely after 24 hours
PM meets with UAE president on working visit to Abu Dhabi
Putting the brakes on cybercrime
Public must be more aware of how scams work
Watch out! There are many ways in which we get duped
Consumers must become more aware of scams
Almost 5% dip in new Covid-19 cases
‘RM2.08bil went to Najib’
A tall order to keep skyscrapers in tip top condition