Umno backs govt as a whole

They said as long as the party did not veer from that position, support for the government would be intact, explaining that the supreme council decided the party’s stand on a consensus basis.

Umno deputy president Datuk Mohamad Hassan said from the very beginning of Perikatan’s formation, the party’s supreme council had agreed to give total support which meant all 38 MPs were on board for Prime Minister Muhyiddin Yassin.

“It was never on an individual basis. It was always to be all 38 MPs as one, ” he said when contacted.

“What the supreme council decides is what the party stands for. As for motions to be brought up at the annual general assembly (on Jan 31) to be voted on by the delegates, we also have a system.

“It is not decided by the supreme council but by a working committee under Datuk Seri Mahdzir Khalid which will screen all motions. As of today, not all divisions have sent in their motions, ” he said.

Md Alwi said he did not know why Umno secretary-general Datuk Seri Ahmad Maslan announced after the supreme council meeting on Jan 8 that it was agreed that certain motions would be brought to the AGM.

He urged Umno leaders to put aside personal agendas and start preparing for the next general election.

“The next general election may not be three years but perhaps three or six months away. Everyone has a personal agenda, but as a party that ruled for 60 years we must now decide what are we really offering to the nation.

“Are we offering infighting or confusion to the people as the biggest political party, or a stable leadership with a clear vision to form the next government?” asked the Ketereh Umno deputy chief and Kok Lanas assemblyman.

Another supreme council member, who did not want to be named, said all had made their stand known during the Jan 8 meeting.

He said even though Machang MP Datuk Ahmad Jazlan Yaakub had on Saturday said he was withdrawing support for Perikatan in favour of Gua Musang MP Tengku Razaleigh Hamzah, he must remember that the latter never withdrew his support for Muhyiddin.

“And it was decided on Jan 8 that Umno remains in cooperation with the Perikatan government of Muhyiddin, ” he added.

He said even though Ahmad Jazlan insisted on stepping down as Malaysian Palm Oil Board chairman and disclosed that he would withdraw support for Muhyiddin during that meeting, none of the other supreme council members reacted.

“The three-hour meeting was a very calm one. Yes, some did lash out at Umno leaders who wanted to work with DAP and PKR president Datuk Seri Anwar Ibrahim, but no one argued with each other.”

In announcing that he was withdrawing support for Muhyiddin, Ahmad Jazlan claimed that the Prime Minister now only had the backing of 110 of the 220 MPs.

The Kelantan Umno chairman has yet to make his decision known formally. 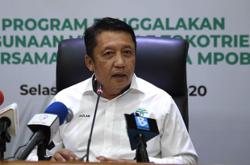 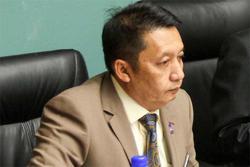