PUTRAJAYA: The Federal Court has ruled as unlawful a travel ban imposed on former Bersih 2.0 chairman Maria Chin Abdullah in 2016 by the Immigration Department on claims that she had disparaged the government.

In a unanimous decision by a seven-judge Bench chaired by Chief Justice Tengku Maimun Tuan Mat, the court said there was no law in place to allow the Immigration director-general and Home Minister (the respondents) to impose the travel ban on her.

“There is no positive provision of law, setting out clearly and unequivocally that the respondents have the right to impose the travel ban on the appellant, ” the top judge said.This was the ruling on one of the three questions raised by Maria in her appeal. 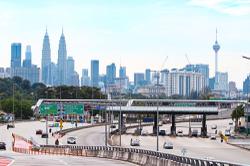