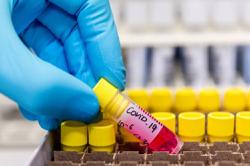 It said 10 new cases were reported in Kuching on Friday (Jan 8), including six local transmissions, while the other four involved individuals returning from Peninsular Malaysia.

Orange zones are districts with 21 to 40 locally transmitted cases in the last 14 days, yellow zones one to 20 cases and green zones with zero cases.

Districts with 41 or more local transmissions are classified as red zones.

The committee said Samarahan district turned from green to yellow with one new local transmission reported on Friday.

Miri, Sibu, Bintulu, Meradong, Bukit Mabong, Lawas and Sri Aman remained yellow zones with a total of 19 local transmissions in the last 14 days, while 31 other districts are green zones.

The committee said Sarawak reported 16 new cases in total on Friday, taking the state's tally of confirmed cases to 1,196.

Besides the Kuching and Samarahan cases, four cases were reported in Miri and one in Julau.

Among the new cases, four were linked to the Keranji Tabuan cluster and one to the Stutong cluster, both in Kuching, while three more were from the Bah Sayap cluster in Miri.

The Keranji Tabuan cluster now has 10 cases while Bah Sayap has nine and Stutong has 12. The Mador cluster in Meradong remains at eight with no new cases. 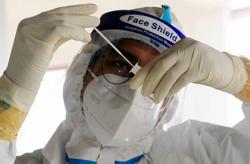