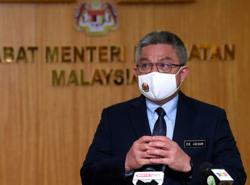 JOHOR BARU: A man in his 40s has gone missing after going to the river to look for crabs in Kg Simpang Arang here.

Iskandar Puteri Fire and Rescue Department operation commander Shamsul Khomari Bakar said they received a call about the missing victim, identified as Wangti Nad, at about 8.48am on Thursday (Jan 7) and deployed some eight personnel to the scene.

"The victim was said to have left his home at about 7am on Wednesday (Jan 6) to look for crabs in Sungai Boh on his boat.

"He would normally be home by 2pm but he did not do so on that day. His wife then alerted the villagers to look for her husband as he was not back by 6pm.

"They then called the Fire and Rescue Department to assist in the search this morning," he said in a statement here on Thursday (Jan 7).

He said that the villagers have also found the victim's boat while they were looking for him on Wednesday.

He added that the on-going search-and-rescue operation also involved the Malaysian Maritime Enforcement Agency (MMEA), the Police and villagers. 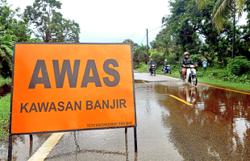