King has prerogative to appoint interim govt if no majority, says Constitutional expert 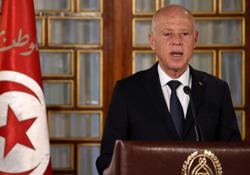 PETALING JAYA: The Yang di-Pertuan Agong has the prerogative to appoint an interim government if there is no majority to form a government, says constitutional expert Prof Emeritus Datuk Dr Shad Saleem Faruqi.

He said there are several alternatives that the Yang di-Pertuan Agong can consider.

According to Article 43 Clause 4 of the Federal Constitution, if the Prime Minister ceases to command the confidence of the majority of the Dewan Rakyat, then he may either request the Yang di-Pertuan Agong to dissolve Parliament, or tender the resignation of the Cabinet.

"The advice for election must come from the prime minister, not from political parties.

"Secondly, the King has very wide discretion to accept or refuse the request for a dissolution of Parliament.

"I am sure that the wise King will not, at this moment, accept the advice (for a dissolution), but that is my personal view in light of Covid-19 and the economy," he said on Thursday (Jan 7).

He said this when asked about possible outcomes should Umno sever ties with Parti Pribumi Bersatu Malaysia.

Umno information chief Shahril Hamdan said there were several motions that would be decided at the party's upcoming general assembly on Jan 31.

Among them include calls to hold the 15th General Election in the first quarter of 2021, subject to the Covid-19 situation, as well as strengthening Umno's relations with PAS via Muafakat Nasional.

Prof Shad said alternatively, the King has the prerogative to appoint an alternative government when no one party has the majority to form one.

The King, he said, may appoint an interim or caretaker or leader to hold the fort till politicians can come together and have a workable majority to form the government.

Prof Shad said that while this is not prescribed in the Federal Constitution, the King would need to appoint another government should he rule out the advice to call for an election.

"He has to appoint an alternative government – it can be temporary but there has to be a government – until the Covid-19, or flood or economic situation improves," he added.

The King, acting on advice of the Prime Minister, can also declare an emergency, in which the provisions of the Constitution can be suspended.

"It is not automatic, but it can be suspended. So Parliament could be suspended, or it could also be dissolved. There is a difference.

"To suspend Parliament would mean just like a holiday, like in 1969 when it was suspended for nearly two years, or dissolved meaning no Parliament," he added.

Prof Shad said an emergency government could be appointed to run affairs of the state during that period but it is not similar to a caretaker government.

In 1969, the emergency administrative body was called the National Operations Council.

"Of course, the Yang di-Pertuan Agong may also allow the previous prime minister to continue but under a new name, whatever name given by the law.

"So during an emergency, laws can be enacted by the King by way of an ordinance, emergency ordinance and everything that the Parliament and the government could do earlier, the emergency government also does so if there is a proclamation of emergency," he said.

However, Prof Shad said an emergency government does not imply military rule because the Federal Constitution does not have provisions for military rule.

"The Army can be called to help in situations such as floods and other emergencies but the Army cannot take over the government under the Malaysian Constitution," he said.

Dr Muhammad Fathi Yusof, a constitutional expert and senior lecturer at Universiti Teknologi Malaysia, said politicians should reduce political polemic and focus on the welfare of the people.

He said although it is known that the current government does not enjoy a strong majority, it does not mean that it is time to dissolve Parliament and call for a general election.

"Umno must remember that it is part of the Federal government and its members hold important portfolios in the Cabinet, including being appointed as senior ministers to handle the security aspect during the Covid-19 pandemic.

"They also hold the health, foreign affairs, as well as science, technology and innovation portfolios that play a big role in handling Covid-19.

"So, Umno should be focusing on this responsibility, and not attempting to get a new mandate," he said.

"This also brings about questions if there will be interference in the judicial process by Umno leaders should they come back to power.

"If it is, then it is something rather unfortunate," said Fathi.

Ahmad had reportedly said that one of the party's key gripes with Perikatan Nasional was the latter's decision to continue with court cases against Umno and its leaders.