PUTRAJAYA: The BASE jump training in conjunction with 2021 Federal Territories Day scheduled for today has been cancelled following a fatal incident involving one of the jumpers at the Women, Family and Community Development Ministry building, says one of the victim’s friends.

The friend said yesterday’s training and another session scheduled for today were cancelled to respect the victim.

Putrajaya Corporation (PPj) corporate communications division director Tengku Aina Tengku Ismail Shah said the BASE jumping training session held here on Friday had received permission from the manager of the building concerned, PPj, as the organiser and local authority.Apart from that, the Special Malaysian Assistance and Rescue Team (Smart) was informed about the session and its personnel were also on standby at the scene.

“The training had also taken into account all safety aspects and the weather. Wind direction indicators were placed on the building and landing area.

“Based on the direction and strength of the wind during the incident, it was safe to perform the jump, ” Tengku Aina said in a statement yesterday.

She was commenting on an incident where a man died during a BASE jump trial at the ministry’s building on Friday.

In the 5.35pm incident, Azuan Taharudin, 49, along with seven other BASE jumpers from the BASE ABABIL Club were training for a performance in conjunction with 2021 Federal Territories Day.

During the jump, Azuan is said to have lost control of his parachute and hit the windows of the building several times before falling.

“Azuan, who had more than 18 years of experience in parachuting, had performed 300 BASE jumps.

The ministry in a statement said PPj had taken the necessary safety measures based on the set procedures for the trial jump, including having an emergency rescue team on standby at the location.

“The Putrajaya Corporation had submitted an application to the ministry, and permission has been given based on the conditions that were agreed to by both parties, ” it said.

The ministry said BASE jumping events were held at the building every year, and the Putrajaya BASE Jump event which was held for the first time last year, had managed to draw participation from professional BASE jumpers, including those from abroad. — Bernama 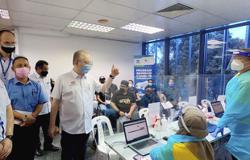 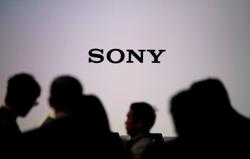